It also has a thin light remote control so you don’t have to get off the couch to skip some music, turn up the volume, or turn it on or off. 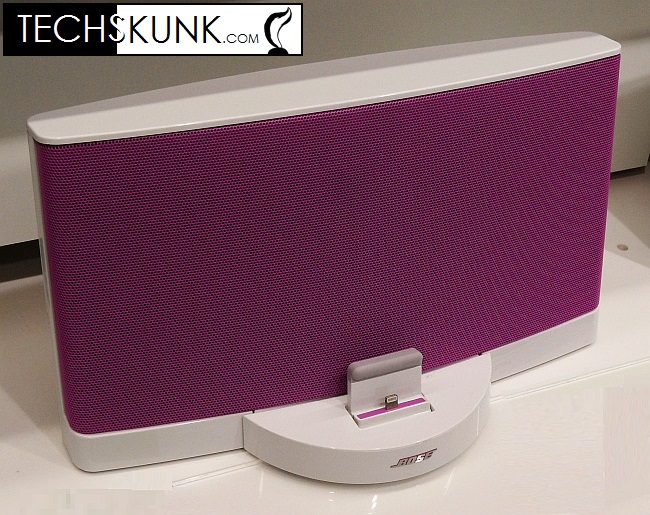 The sound quality is in short as it should be I think from this kind of music system. It delivers a rich sound that fills up the room without the need to turn up the volume to feel the music come alive. Isn’t that what these systems should do as well? I think so. 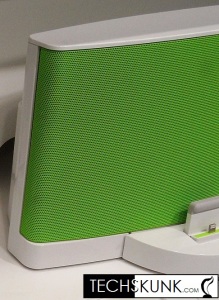 The treble is very clear for this kind of digital music system, and it’s almost strange that this speaker doesn’t cost more than $249. It does not have controls for adjustment of treble or bass though, so you are left to accepting BOSE’s own dynamic chip control inside of it that automatically adjusts the ambiance, as well as the setup geared towards neutrality and a smooth rich sound.

And it seems that this is the kind of “Bose sound feel” people are looking for with the Bose SoundDock Series III, considering the fairly high rating from owners.

The color options for the Bose SoundDock Series III are purple and green as seen here in our test, but also red, blude, black, silver, and white.