So you want a general purpose solar power bank with USB ports that can be used to charge smartphones, tablets, batteries, GPS, cameras, laptops, flashlights and other USB connecting electronics, and you’re looking for the best?

Then you’ve come to the right place.

The most common question seems to be – Do solar power banks even work?
They sure do, but there are a few simple variables you need to know about before buying one.

For this article I’ll be focusing on Solar Power Banks, that is, portable small power banks about the size of a smartphone that has a solar panel on one side, a power bank battery charger on the inside, and some USB ports for charging devices with. 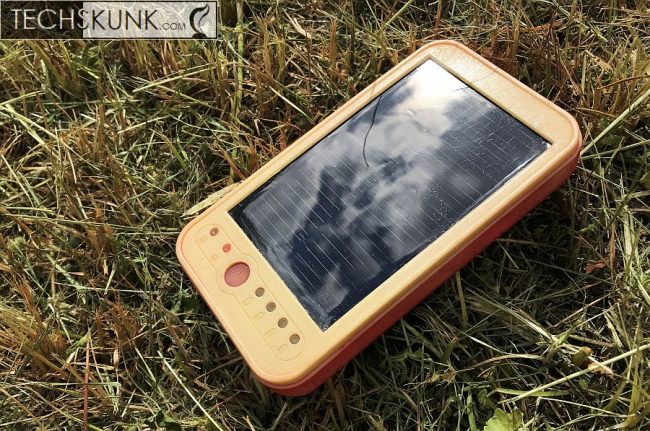 So what should you look for when comparing the best solar power banks?

1. There are differences in the percentage effect from the solar panel. As of 2022, a good or highly effective solar panel will have an energy harvesting effect in the region of 21% to just over 24% (effective conversion of the sun’s 100% energy where it hits the ground on earth), while anything less than 18% means that the manufacturer tried to save money on the actual solar panel.

This is an important thing to consider, because if you want to rely on a power bank with a solar panel while trekking outdoors for weeks, most solar power banks will not have a large enough panel to be able to fully charge a smartphone that typically uses more than 3000 mAh of battery every day.

But you can get that kind of charging capacity with a folding solar power panel that can be attached to the back of a backpack while you are hiking. Although on the other hand, some of the foldable solar panels have smaller internal batteries, and are sometimes more intended to charge a device directly without storing the energy in an internal battery first.

3. The third main point is the size of the battery too. Because a solar power banks consists of two products. One is the power bank, while the other is the solar panel that charges the power bank.

But people mostly use solar power banks by charging it up fully at home first through the USB cable, and then place it in the sun to top up the power as much and often as possible. 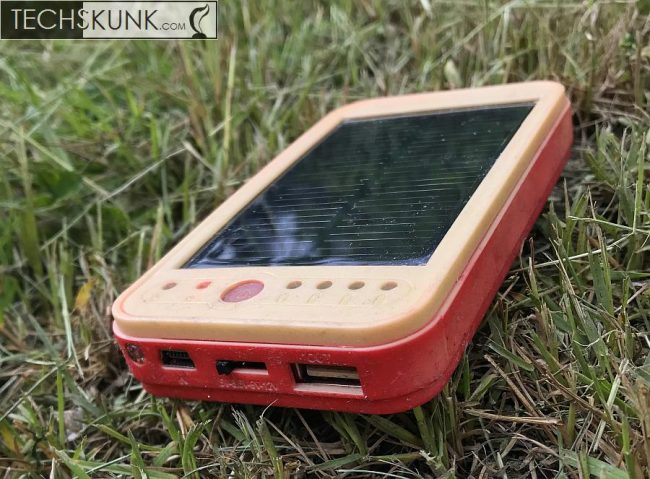 So what can you expect from a solar power bank in practice?
Under perfect conditions – if you are in a sunny place during the summer, you may be able to fully charge a smartphone or other device with a 2000 – 4000 mAh battery, in one day.

Here’s the math.
The most electric energy you can create through the solar panel in one of the best solar power banks is 300 mAh generated per hour.

If you are trying to charge with the solar panel during late autumn, when the sun is weak, it’s early morning or in the evening, then you may get only 20% of the effect you got during the summer.

So all of a sudden you’re only generating 60 mAh per hour. And in the winter (if you are in a cold, dark, winter region) it drops even more, even when the sun is shining. So in the middle of the winter, you may only get 30 mAh per hour during the strongest sun hours.

So you would need 100 hours of strong winter sun to even get a 3000 mAh charge. But this is how all solar panels work. Whether they are mounted on a rooftop or in a portable power bank.

Also, a battery (any rechargeable battery in general) cannot be depleted 100% because that would kill the battery permanently.

A regular consumer grade battery needs to retain up to tens of percent to continue to be able to function or live on as a battery.

When solar chargers are shipping, they are never fully charged. So the battery will need to be exercised first so that it has gone through the correct charging cycles 2-3 times first. Then it will be ready to work optimally as a solar charger.

And those are the things you need to know about before picking a portable solar charger.

So with all this knowledge on solar chargers or solar panel power banks, here are the best selling and most popular small or pocket sized solar chargers on the market today.