The Nitecore Tip keychain flashlights has one of the most memorable flashlight designs ever seen, which makes it stand out among flashlights. But thankfully it’s very practical too. To buy this particular Nitecore flashlight: http://www.amazon.com/dp/B06Y65KLQF/

When doing a review of the Nitecore keychain flashlights I realized that another reason why it has become so popular among flashlight collectors too, is because it’s very practical having a small and square/flat flashlight.

The functions are easy to operate. There are 4 light emittance modes. Clicking the power button will immediately start the flashlight at the last strength that you had set it too, as the memory chip remembers your last mode. 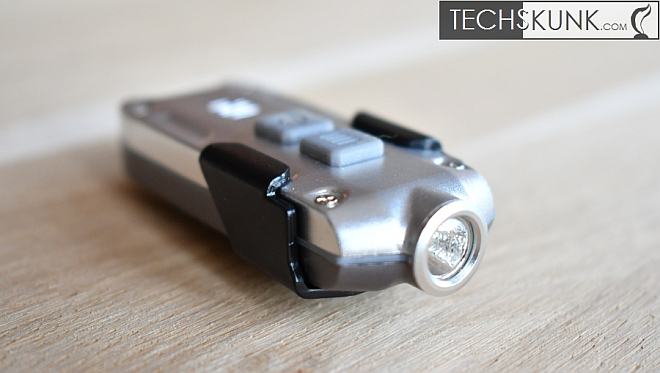 Clicking the power button will cycle between the 3 different strength modes, from ultra low, normal, to bright.

But then comes the part that makes this Nitecore flashlight smarter than so many other flashlights and keychain flashlights. There’s a second button right above the power button, which is the Turbo button, that immediately turns on the flashlight at the brightest setting there is, so that you immediately have the most amount of light, which is useful like in an emergency.

The color temperature depends on the model, and you can get the Nitecore TIP keychain flashlight in ranges from neutral white, to cool white/blue (which seems to be the most sold), to warm white. 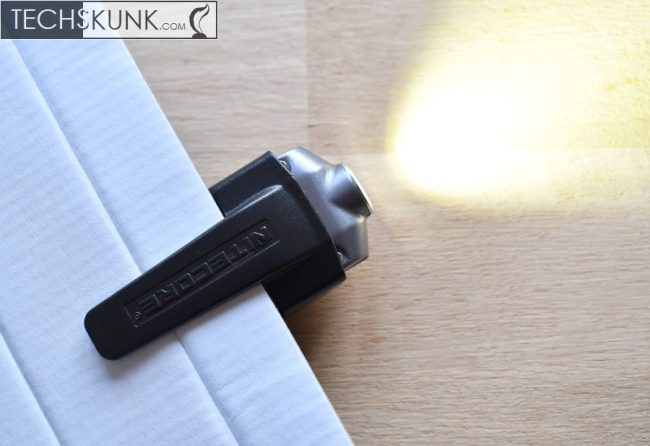 And the light spread is wide and even, which is good when used to light up a dark room.

The fact that the 500 mAh battery is easily rechargeable through the micro-USB port is convenient. As you can see in my images, there’s a LED in the button on this keychain flashlight as well that tells you what the status of the battery is during charging. 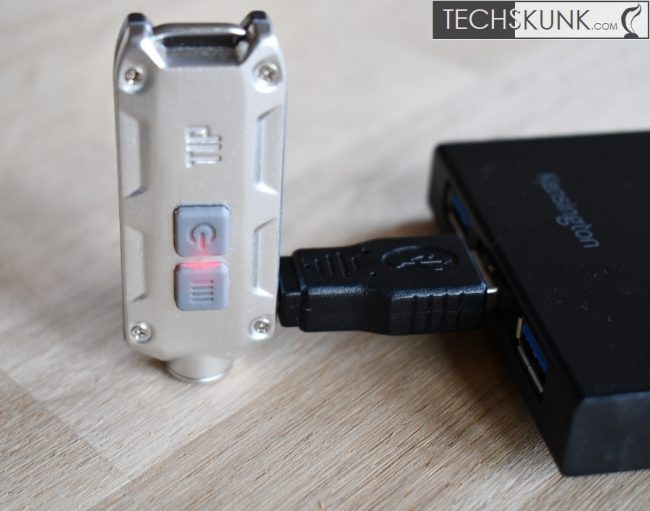 The included black clip holder covers the USB charging port, and the clip can be reversed, and used to attach the Nitecore TIP flashlight to a baseball cap or clothes, to cardboard, or hold onto anything else up to about 10mm in thickness. Any more than that and the clip might break, though the clip is thick and sturdy up to that point.

There are two very solid metal hooks in the rear that attaches this hard-anodized aluminum flashlight to a keychain, a carabiner, or the roof of your tent. 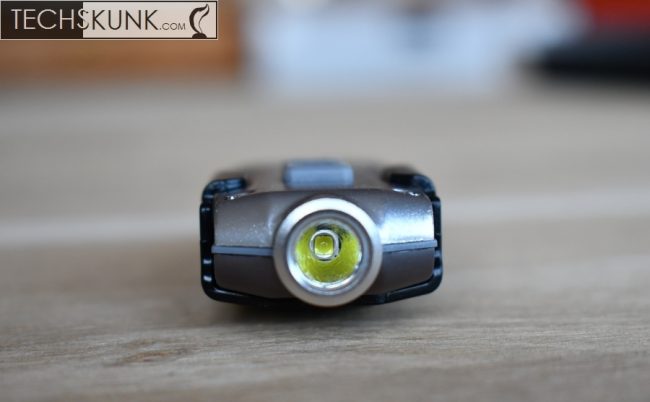 Do I recommend ordering this Nitecore keychain flashlight? Personally I’ve found it very useful, particularly because it’s so small but there are now even better models than this one with the CREE xp-g2 S3 LED.

My recommendation is to buy one of this types of mini keychain flashlights that suits your general needs the most in terms of color temperature, light strength, and flashlight size, but it doesn’t have to be this particular Nitcore TIP model.

There are now a Nitecore TIP II model and other configurations with more LED emitters, or other features that will get you the exact type of small flashlight you’ll want.

I recommend looking at the alternatives:
Nitecore TIP SE, a 700 lumen dual LED flashlight at around $30.
Nitecore TINI 2, their $40 flashlight with a display, 500 lumens, and additional micro flashlight.
Nitecore TUP 1000, their 1000 lumens keychain flashlight featuring a display and $70 price tag.

The legendary Nitecore flashlights are also available internationally from the likes of: Banggood, Gearbest, or Aliexpress.com 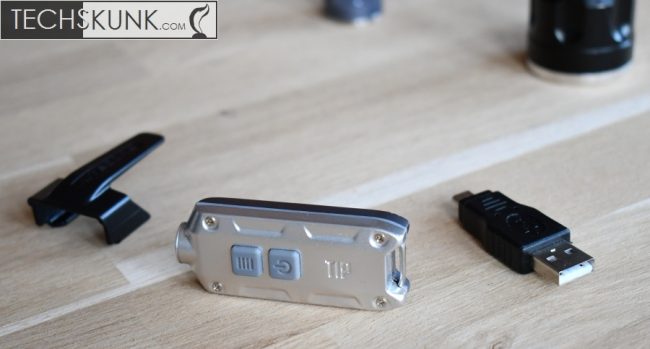 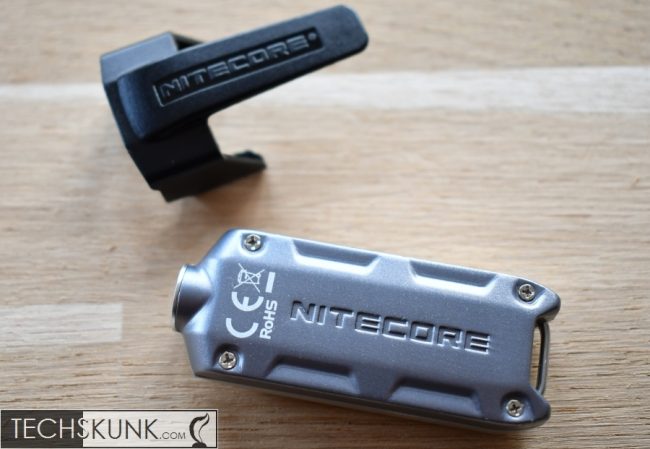