Well that’s good news, since people have been waiting for the newest multiroom speaker from Samsung that has much improved sound quality this year, just in time for Christmas too.

The new Samsung Wireless Audio 360 R5 was unveiled by Samsung at the IFA trade show in Berlin on September 3 this year, together with the cheaper R3 and R1 versions.

But it’s Samsung’s R5 model that’s the new flagship in wireless audio, with a sharp and clear sound in all directions, a bass that can fill the room completely, even better than the R6 and R7 models. The design is also very pleasing in a way that blends in well in any home, unlike a few of the more radically shaped Samsung speakers in the past. 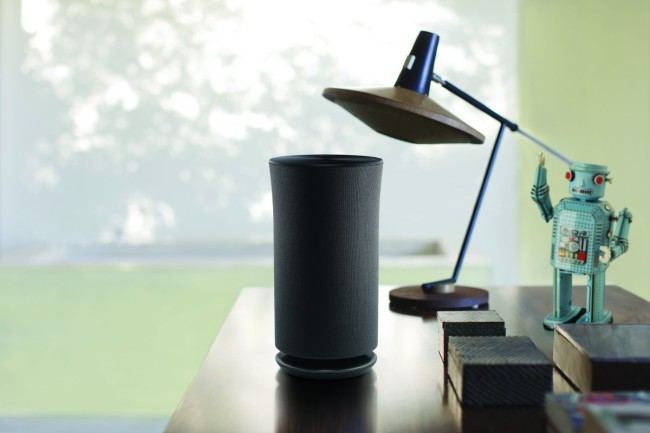 The newest wireless speakers R5, R3, and R1 also has manual controls on top of the speaker which the older models lacks. And very important for convenience, Samsung is updating the Multiroom App which works with smartwatches like Gear S and Gear S2 even.

When I spoke to a Samsung representative at IFA I was told that the launch price would be around $399 in the U.S.