The new second generation 2015 model of the Super AMOLED tablet Samsung Galaxy Tab S2 9.7 is upon us for $499 in the US, with the release set to the first week of August. It will start taking pre-orders soon after the unveiling. It will be released first in Asia in late July, while it has an official September 3rd release date in the US: http://www.amazon.com/gp/product/B0134RE54W

The Samsung Galaxy Tab S2 9.7 (model number SM-T810) is the world’s thinnest tablet at a mere 5.6mm in thickness when it launches! And it’s lightweight too, with a weight of only 407 grams.

The central piece of the Tab S2 is the Super AMOLED display in which the 9.7-inch screen has the same 2048×1536 resolution as the iPad Air 2. Along with that it also has the same 4:3 screen ratio of an iPad too. But Apple’s tablet doesn’t have the superior AMOLED display with rich colors and perfect sharpness. 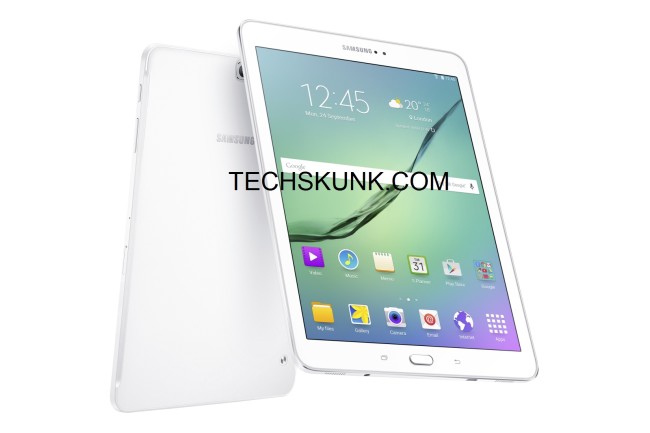 Samsung Galaxy Tab S2 is powered by Samsung’s own new 64-bit 8-core (octa-core) Exynos 7 Octa 5433 processor which makes it powerful and able to handle both heavy graphics and even multitasking with Microsoft Office for Android like it was a powerful laptop computer.

It also has 3GB of RAM, and 16GB or 32GB of storage, with microSD card support up to 128GB. Wi-Fi on the new second generation Samsung Galaxy Tab S2 is dual-band 802.11 a/b/g/n/ac, along with Bluetooth 4.1. As a premium tablet is has all mobile sensors inside.

It ships with Android 5.1 in some countries and Android 5.0.2 to begin with in some others. The cameras have a resolution of 2.1MP on the front, and 8MP on the back of the tablet. So with high specifications like these, it’s a very satisfying tablet to own.

Color options on one of the best Android tablet of 2015 are black, white and gold, with a stylish thin silver frame around the edges of the tablet.

See more exclusive images of Samsung Galaxy Tab S2 below (Techskunk.com is the first in the world to display these leaked images before launch (Thanks to our tipster and leaker!)). 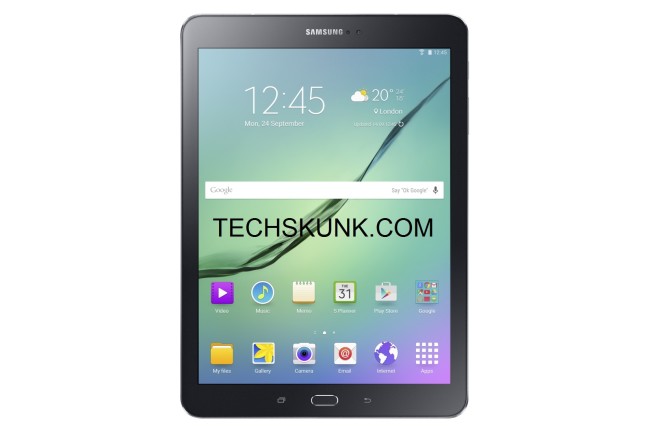 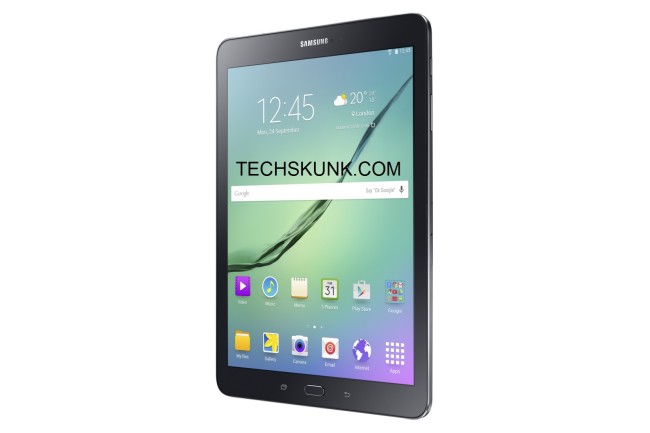