With the unveiling of the 2nd generation 2015-2016 model of the Super AMOLED tablet Samsung Galaxy Tab S2 8.0 on July 20, it’s time to take look at the tablet that will start taking pre-orders in two days time for a price of $399 in the US before the September 3 release date in the US:
http://www.amazon.com/gp/product/B010OTFRYU

The difference between the two is mostly in dimensions, price, and the 10 hour battery life. It weighs just 260 grams, making it the world’s lightest 8-inch Android tablet. It beats the 2nd lightest 8-inch tablet Sony Xperia Z3 Tablet Compact by 20 grams, and is even lighter than almost all 7-inch tablets! So this is a very mobile device. With a 5.6mm thickness it’s also extremely thin, and the other world’s thinnest tablet along with the larger 9.7-inch model. 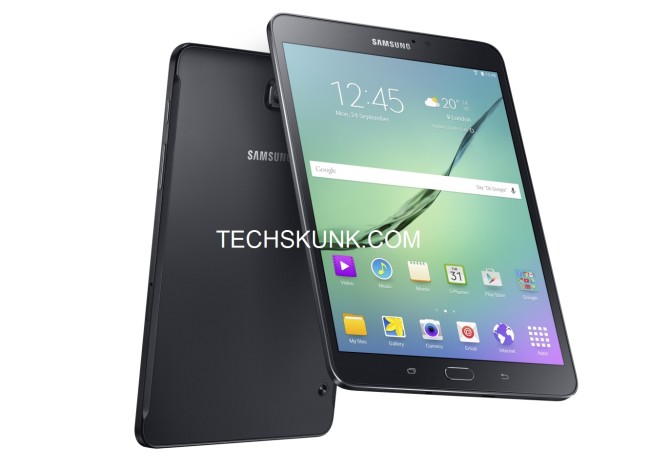 Wi-Fi is fully covered with the fastest 2.4GHz and 5GHz 802.11 a/b/g/n/ac bands supported, as is Bluetooth 4.1. Samsung Galaxy Tab S2 has sensors like GPS, GLONASS, accelerometer, light sensor, and gyro, and ports like micro-HDMI, micro-USB, and a 3.5mm audio jack. It also has a 2.1MP front camera and a 8MP rear camera.

Depending on your market, it will be available with Android 5.0.2 or newer. It also has a lot of features, and just like the very specific OS version, the content and features (apps and services) will depend on the market it is available in, since free content is tailored to the language and preferences of the country of release. 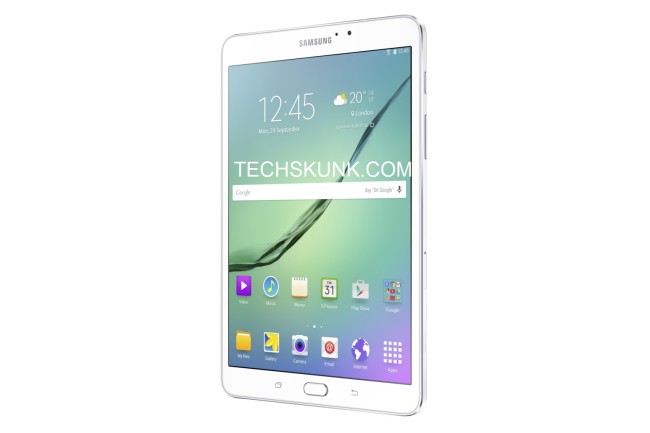 But it has features like multitasking, Microsoft Office for Android, Kids Mode, KNOX, VPN, encryption, and Remote PC as standard on all models. The thinnest 8-inch tablet in the world have color options of black and white, and will be released with 4G/LTE later. A unlocked version would cost $99 more than the standard W-Fi model.

Courtesy of our generous tip and leak source, we have a few more exclusive leaked images below which Techskunk is the first in the world to publish (video leaks would be welcome too if anyone else has those before launch). 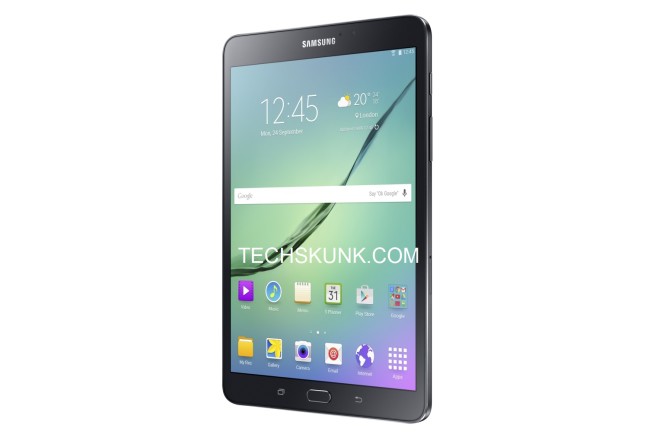 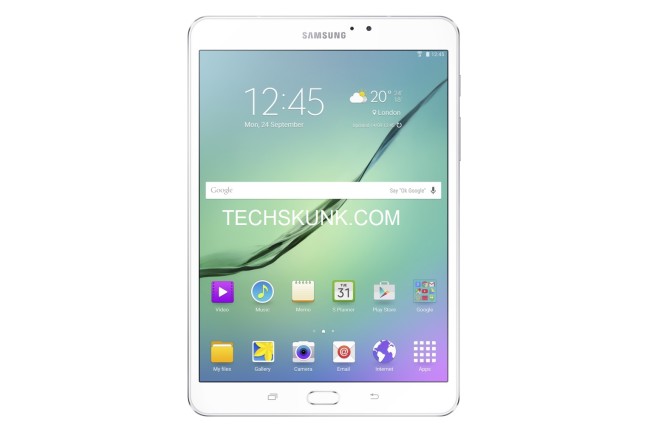